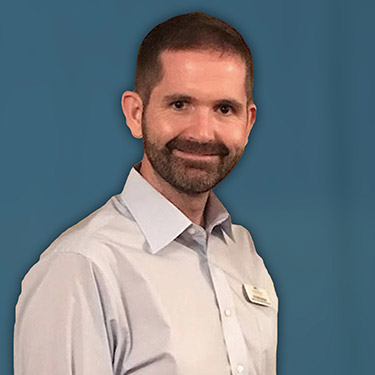 Dr. Burgess is originally from the United Kingdom, where he grew up around dogs, cats, horses and small furry creatures. In 2002, he graduated as the Pfizer veterinary student of the year, from the Royal School of Veterinary Studies in Edinburgh, Scotland and became a Member of the Royal College of Veterinary Surgeons.

After graduation he worked as a small animal veterinarian for two and a half years in Manchester, England. During this time he took advanced training courses in ultrasonography and fracture management and developed his interest in small animal surgery. Dr. Burgess spent a year working and traveling in New Zealand and Australia prior to completing a small animal rotating internship at Mississippi State University. During his internship he conducted a biomechanical study to help better understand cranial cruciate disease in dogs.

Dr. Burgess completed his surgical residency at Purdue University, IN. At Purdue, he was enrolled in a Masters of Science program, taught veterinary students and worked in the university teaching hospital. Dr. Burgess gained a wide range of orthopedic, neurological and soft tissue surgical experience, including minimally invasive techniques. He received extensive training in laparoscopy and arthroscopy and worked closely with the neurological service at Purdue. He attended advanced course on fracture management, arthroscopy and total joint replacement. His research focused mainly on minimally invasive surgery and total hip replacement surgery in dogs, specifically looking at bone in-growth into metal implants, which will help reduce the need for implant replacement. Dr. Burgess was part of the pioneering team at Purdue that investigated the feasibility of Natural Orifice Trans-lumenal Endoscopic Surgery (N.O.T.E.S.) in dogs.

Dr. Burgess started with Chesapeake Veterinary Surgical Specialists (CVSS) in 2010 and became a co-owner of the practice in 2015. He passed the American College of Veterinary Surgeons board examination in 2011 and carries diplomate status. Dr. Burgess has peer-reviewed a number of veterinary surgical texts. He has published scientific papers in a number of peer reviewed veterinary journals and has lectured at state and national conferences.  Dr. Burgess routinely sees orthopedic cases and has performed thousands of successful TPLO surgeries. His other area of interests include: minimally invasive surgery (laparoscopy, arthroscopy and thoracoscopy), oncological surgery with extensive reconstruction and soft tissue surgeries. Dr. Burgess also performs neurological surgeries for intervertebral disc disease.

In his spare time, Dr. Burgess is either swimming, running or doing home improvements. Dr. Burgess has three young children and a black Labrador rescue. 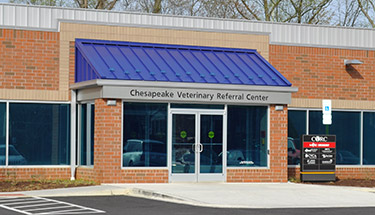 “I highly recommend Chesapeake. Our dog , Mox, had ACL surgery recently and it went flawlessly. I was extremely impressed with Dr Roa…”
View More Reviews 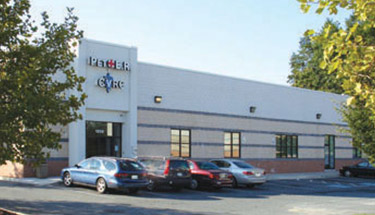 “Dr. J took wonderful care of my little girl and she is now on the road to recovery. I am so thankful I was referred to them and Dr. J…”
View More Reviews 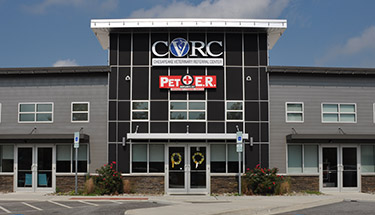 Please Call Annapolis or Towson if you need surgical service, we are currently only offering rehabilitation on Wednesday at this location. Please call the Annapolis location to schedule rehab appointments for this location.

“Dr K was very thorough, explained everything and followed up with several calls. A truly gifted and professional surgeon… “
View More Reviews 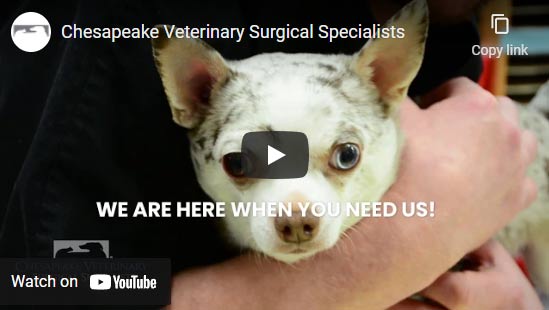